Sedos presents Green Day’s American Idiot, the Tony Award-winning show based on their album of the same name. This high-octane spectacle is jam-packed with songs everyone will know including Boulevard of Broken Dreams, Wake Me Up When September Ends, Jesus of Suburbia and of course, American Idiot.

American Idiot tells the story of three disgruntled young men struggling to find meaning after the events of 9/11. When they flee the constraints of their hometown for the thrills of city life, their paths quickly diverge when Tunny enters the army, Will is called back home to his family, and Johnny falls in love.

An energy-fuelled rock musical, American Idiot uses Billie Joe Armstrong’s powerful lyrics to shine new light on the early part of the 21st Century and holds a mirror up to an America desperately trying to stay relevant as the world moves on.

This show includes offensive language and depictions of suicide and drug use. Haze, smoke, strobe lighting and loud noises may be used.

American Idiot plays at the Bridewell Theatre from 4-14 May 2022.

This amateur production is presented by arrangement with MUSIC THEATRE INTERNATIONAL (Europe). 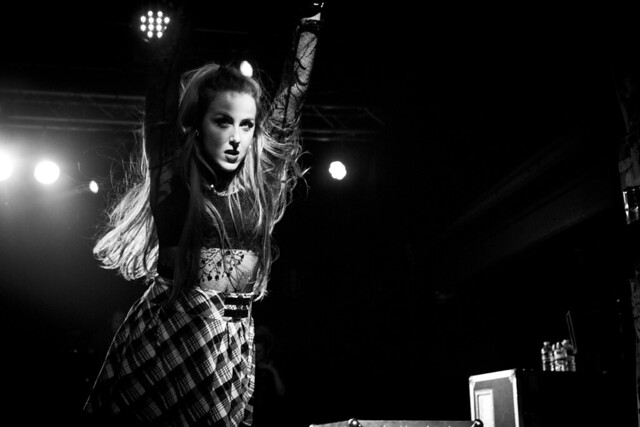 This is not a show for the faint hearted but one that should be seen. If you want a show with poignant commentary on society in an unapologetic bold manner then American Idiot by Sedos will be the show you are looking for. With a cast that have stunning rock vocal abilities and a staging that completes the rock vibe, Sedos have once again delivered.

The song performance aspects of the piece were met with the strong cast all round - many of which are destined for a bigger stage - who took them on with electric intensity… Having an incredible live band brought that extra dynamic that brought immense power when combined with the full company in particular. The choreography by Jen Bullock was enticing and worked well with the stage given, as well as the road cases used as the main props throughout. Furthermore, the lighting, designed by Olly Levett, was used effectively in conjunction with this… Loaded with the great track list including 'Jesus of Suburbia', 'Boulevard of Broken Dreams', 'Holiday', 'Wake Me Up When September Ends' and of course, 'American Idiot', plus an additional beautiful surprise encore, this show will undoubtedly leave you unapologetically humming them for at least a week afterwards. This version of American Idiot, directed by Matt Bentley, is one of Sedos’s best shows yet.

Gala night: Friday 6 May and Friday 13 May - tickets include a glass of fizz and programme