Music and Lyrics by DAVID YAZBEK

Based on the film, Dirty Rotten Scoundrels, written by DALE LAUNER and STANLEY SHAPIRO & PAUL HENNING

A sexy and irreverent musical farce

Based on the film of the same name, Dirty Rotten Scoundrels tells the story of two very different con men, the debonair Lawrence Jameson and the vulgar Freddy Benson. The chalk and cheese con men know they can't both work the same resort so they decide to make a bet.

The first to make $50,000 from one of the many wealthy ladies of the French Riviera town of Beaumont-sur-Mer will get to stay, the loser has to leave town. All they have to decide is who is the mark - and no mark is more loaded and less aware than the American Soap Queen herself, Christine Colgate.

As they try their different approaches to get the dough, they find that Christine isn’t as easy as they first thought and that this con is going to be harder and more painful than expected, but the most fun they’ve ever had.

Nominated for 11 Tony Awards in 2005 with original Broadway cast including John Lithgow, Norbert Leo Butz and Sherie Rene Scott, this show has it all, from glitzy dance numbers to hilarious songs and stupid jokes. 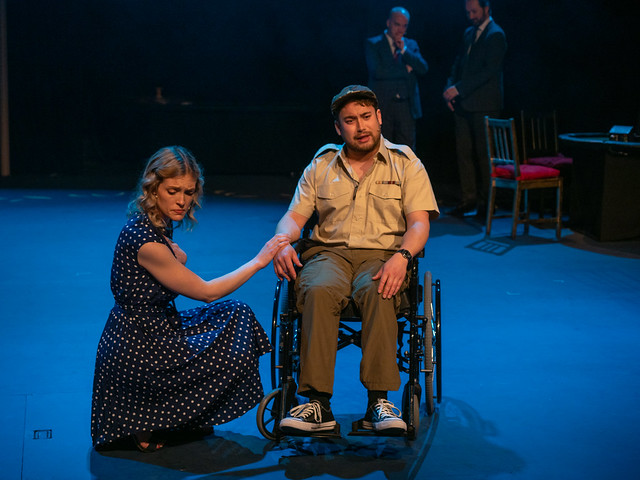 The production reaches the extremely high standard I have come to expect from Sedos with a cast of 20 and a 15-piece band really bringing the story out in fine style. There was a lovely chemistry between the leads which made their interactions feel natural and real… Sedos have been one of my favourite production companies for a long while and after the last months of lockdown and online material, it was wonderful to see them come back with a bang with this production. Director Zoë Thomas-Webb, Choreographers Jonathon Grant & Fiona McConachie along with Musical Director Chris Nelson, ensured everything ran smoothly and the highly energetic pace of the show was maintained throughout

What a job they’ve done! “Dirty Rotten Scoundrels” is by far one of the best Sedos shows I’ve seen. This might be an amateur group but there’s nothing amateur about this production. Another Sedos triumph!

Rob Archibald delivers a dazzlingly confident central performance as Lawrence showcasing brilliant comedic timing as well strong acting and vocal chops. Joey Henshaw as Freddy is an equally capable stage partner who fully thrusts himself into the physical comedy aspect of the role… After my last visit to the Bridewell Theatre, I left raving about Sedos’ stellar production of Ragtime. Here I am two years later to confirm that they have once again raised the bar. Sedos’ Dirty Rotten Scoundrels is a scheming, head-reeling yet endlessly appealing musical production

Gala nights: Friday 26 November and Friday 3 December - tickets include a drink and programme