Midnight is just the start

Robbie has a few problems. His mother has just died, without making a will, and the Old Compton Street laundrette she owned, "Sit & Spin", is under threat from his vulgar stepsisters as they attempt to hike up the rent. If that wasn't enough, he loves one man while being paid to hang out with another!

James Prince also has problems. He’s running for mayor, but his campaign manager’s a lying schemer and his heart isn’t entirely with his devoted fiancée Marilyn.

When your only inheritance is an urn of ashes on the mantelpiece or if your secret romance becomes tabloid front page news, can love really conquer all?

From the laundrette which hears more confidences than it washes G-strings, to a dramatic political fundraiser where a mobile phone is lost as midnight strikes, Soho Cinders is a witty, heartwarming musical twist on the classic fairytale. 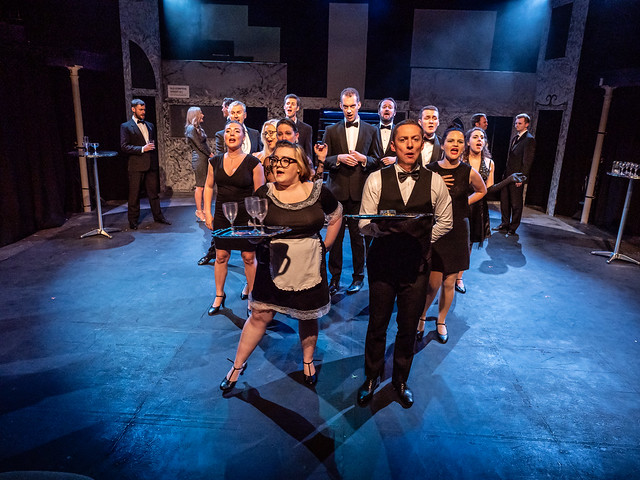 A hearty and sincere production, it’s a more complex story than the traditional fairy-tale from which it is adapted, but it’s a lively and engaging one at that.