How to Succeed in Business Without Really Trying

Music and lyrics by FRANK LOESSER

How to Succeed is a witty, satirical show with an exhilarating musical score and a plethora of interesting and diverse characters.

The story follows J Pierrepont Finch, a lowly window washer, who tries to use a little handbook called ‘How to Succeed in Business Without Really Trying’ to climb the corporate ladder and become a high-powered executive at World Wide Wickets - a cricket wicket company.

Along the way he encounters various characters such as the aggressively compliant "company man," and the intimidating big boss Mr Biggley, plus various hijinks like the office party, an apocalyptic caffeine shortage and, of course, true love. 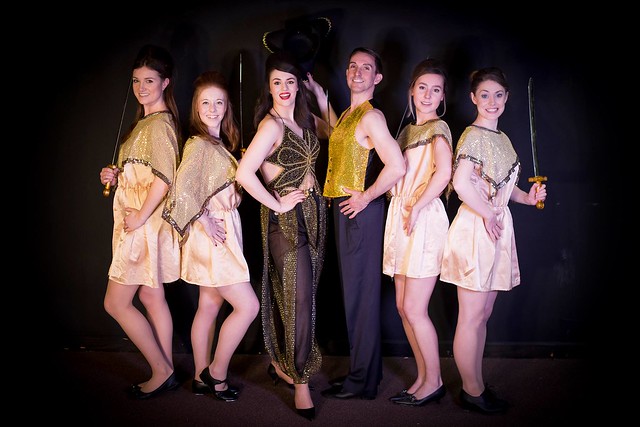 Quite simply, the show is wonderful and should serve as a shining beacon throughout across the entire non-professional sector. Whether you see the same show produced at at the Union Theatre, Young Vic, Charing Cross Theatre, Jermyn Street Theatre or any other professional off-West End/Fringe venue, it will not get any better than this. Amateur groups around the capital pay attention; this is how to put on a musical! This fifty-eight-year-old show (which also played the West End in 1963) makes a fitting return to London and is probably as close to earning a ‘professional’ tag as you can get.

A magnificent cast make nonsense of their amateur status performing with charm and humour. A basic but still adequate set is the only sign of Sedos’ amdram status. Even so, I’ve never seen such rapid set changes with props moved into place so quickly you wouldn’t have noticed them. This is a production that could easily be dropped into the West End without any noticeable difference; a thoroughly professional production that ticked all the right boxes.

Sedos’ production of How To Succeed In Business Without Really Trying is a great chance to see this musical, with bundles of comedy and a cast that excel in getting their character across I would recommend getting yourselves down to the Bridewell Theatre.

Once again, Sedos have a hit on their hands. The level of this show is something that you would expect from a London production. The fact that the cast is made up of amateurs that all have separate day jobs makes it even more impressive.