You Can't Take it With You

A biting comedy that celebrates non-conformity

How many of us would be willing to settle when we're young for what we eventually get? All those plans we make...what happens to them? It's only a handful of the lucky ones that can look back and say that they even came close.

Moss Hart and George S. Kaufman's biting comedy celebrates non-conformity and has been delighting audiences since 1936.

You Can't Take it With You introduces audiences to the freethinking Sycamore family and the mayhem that ensues when their daughter's fiancé brings his conservative, straight-laced parents to dinner on the wrong night.

The play won the 1937 Pulitzer Prize for Drama and was adapted for the screen, which won the Academy Award for Best Picture and Best Director. The show was revived on Broadway in 2014 starring James Earl Jones and Rose Byrne. 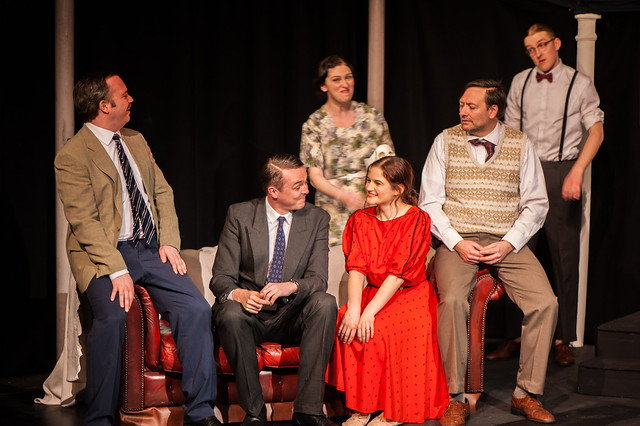 I’ve seen a couple of productions from Sedos now and each one of them has really impressed me with the quality of the performances and attention to detail in the staging, and with You Can’t Take it With You, they have delivered another first-rate production.

Sedos has never been, and never will be, just another ‘amateur’ company! Their work stands out dramatically in so many ways. They achieve the highest possible standards on stage whilst nurturing the skills of their very talented team of players, directors, set and costume designers… Another outstanding performance! As in all comedies timing and teamwork are the vital ingredients and Sedos are experts at timing. They successfully maintain their American accents throughout and their attention to detail, particularly to costumes and set design, is excellent.

What a pleasurable and delightful play this is. I could go on at length about certain aspects in this production of You Can’t Take It With You that don’t make a lot of sense, but rather like The Addams Family, the eccentricities are what make the characters in this bizarre and chaotic – nonetheless hilarious- so compelling and unique.