Music and lyrics by BENJ PASEK and JUSTIN PAUL

Based on the Warner Bros. film and screenplay by BOB COMFORT

A contemporary musical by the authors of Dear Evan Hansen

Before creating the Tony-winning sensation Dear Evan Hansen, writers Benj Pasek and Justin Paul delivered the heartbreaking and beautiful musical Dogfight. This emotional journey depicts the blissful ignorance of youth, compassion in the face of cruelty and the ability to find true inner strength and acceptance despite the brutality of life and war.

Dogfight is set in San Francisco on November 21, 1963, on the eve of the Kennedy assassination. The majority of the show takes place in the final hours of an age of American innocence that will quickly dissipate. This innocence is depicted by a group of young Marines who set out for one final boys’ night of debauchery: booze, tattoos and the dogfight.

The rules of the dogfight are simple and cruel: each marine pays in $50, and the marine with the ugliest date wins. But, when one of these Marines, Eddie Birdlace, meets Rose, an awkward and idealistic waitress whom he invites to join him that night, she rewrites the rules of the game and teaches him the power of love and kindness.

Based on the 1991 movie of the same name starring River Phoenix, Dogfight premièred Off-Broadway in 2012, when it won the Lucille Lortel Award for Outstanding Musical and was nominated for five Outer Critics Circle and two Drama Desk Awards. 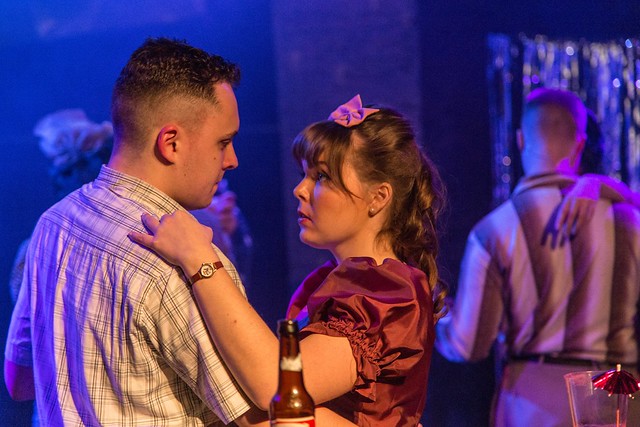 Dogfight is a charming yet gritty show about many shades of the human experience, from jubilant banter with friends, to romantic rejection, to the harsh reality of war.

Sedos are to be commended for giving us the chance to see such a good production of Dogfight The Musical. Catch it if you can!