A town throbs and pulses with life, even as death advances

The Accrington Pals is a beautiful play by Peter Whelan about the women and men from a town during the raising of Kitchener’s Army, during World War I.

This new production will be modern dress; acknowledging that this pithy, often funny, human-interest play has the opportunity to open the audiences view to a sense of history repeating rather than the distance of a centenary war.

Our setting will be amongst the market stalls of a small town; our Pals (a section of the local Army regiment), like those of Accrington, are being shipped out to fight in a war they don’t truly understand.

May is a green grocer who inherited her work from her father and has by default become the epicentre of the town. Close-by, Annie, Sarah and Bertha.

Tom has signed up to the Pals, with his best friend Ralph, and Annie’s pigeon-fancying husband, Arthur. They have their reasons; reasons that May struggles to understand, and rallies against.

In the boys absence Eva, Ralph’s girlfriend, replaces Tom in May’s life and on the stall. The men are disappearing from the town as the women close ranks to defend what remains. In the midst of which, Reggie ducks and dives about the town trying to make sense of a family and town that continues to disintegrate under the pressure of war.

While the town comes to terms with the idea of war, an odd figure presents themselves as the voice of reason. War is necessary.

This is a town that throbs and pulses with life, even as death advances. 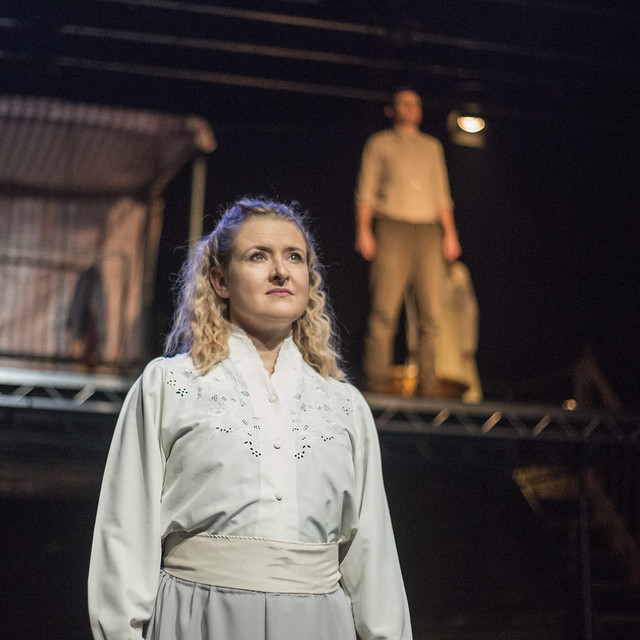