The Ritual Slaughter of Gorge Mastromas

The three golden rules.
Whenever you want something take it.
All that is required to take everything you want is absolute will and an ability to lie to the depths of your heart.
Never think of the outcome, assume discovery, embrace each second as if it were your last.
Never ever regret.

Born with an innate sense of goodness, even when it is detrimental to him, he is repeatedly let down by life, until a pivotal moment in adulthood, when a chance encounter with a ruthless executive breaks down his good nature.

He then becomes one of the most amoral people in the world, lying, cheating and corrupting his way to the top, constructing a web of lies around himself that affect and destroy all close to him, then the world itself, and finally himself.

The Ritual Slaughter of Gorge Mastromas premiered in 2013 at the Royal Court Theatre. It is written by award-winning playwright Dennis Kelly, best known for writing the book to Matilda the Musical for the RSC and creating the series Utopia for Channel Four. 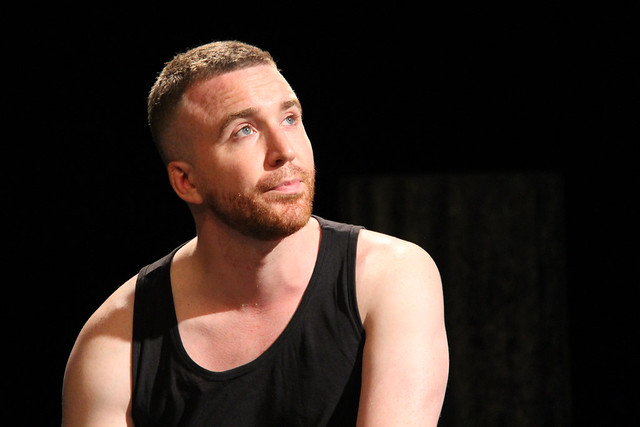