By KEVIN MURPHY and DAN STUDNEY

Inspired by the original 1936 film of the same name, this raucous musical satire takes a tongue-in-cheek look at the hysteria caused when clean-cut kids fall prey to marijuana, leading them on a hysterical downward spiral filled with evil jazz music, sex and violence.

A lecturer presents to a school hall on the Harper Affair, in which young Jimmy Harper finds his life of promise turning into a life of debauchery and murder thanks to the new drug menace, marijuana. Along the way he receives help from his girlfriend Mary and Jesus himself, but always finds himself in the arms of the Reefer Man and the rest of the denizens of the Reefer Den. 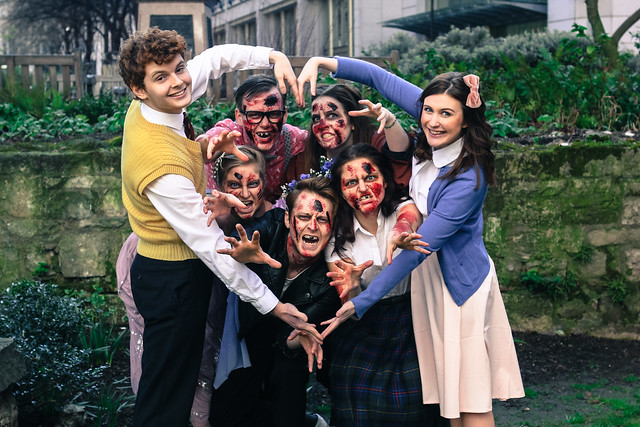 I applaud Sedos for taking a risk and producing this little known show and encourage those who want to spend the night laughing at inappropriate jokes to get themselves along to the Bridewell.