One week in July 2005. London feels like the centre of the world.

Pornography is the stark and shattering play by Simon Stephens that captures Britain as it crashes from the euphoria and promise of the 2012 Olympics announcement into the devastation of 7/7.

Written in reaction to the events that occurred that fatal day, Pornography offers a kaleidoscopic view of London through seven different seemingly unrelated stories, from an angry racist teenager besotted with his teacher, to a pair of siblings that enter into an incestuous relationship, and eventually one of the bombers himself on his final journey.

Stephens observes his characters with an almost forensic detachment and yet he makes us love them too. A play of grace and terror. 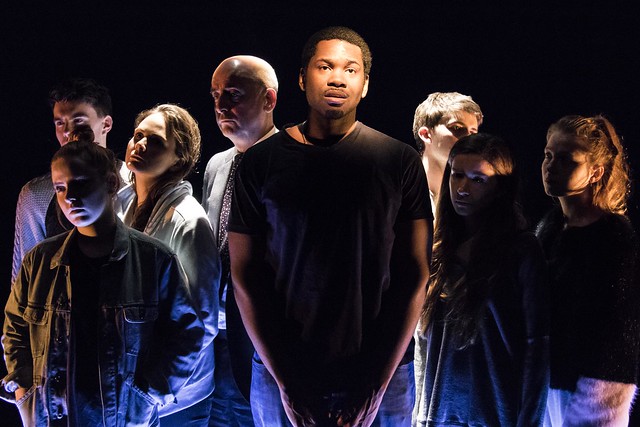