A new production of the award-winning National Theatre comedy play

A new production of the award-winning National Theatre comedy play.

Brighton, 1963. Essex wide-boy Francis Henshall is minder to Roscoe Crabbe, who is in town to collect money from his fiancee’s dad.

But Roscoe is really Rachel, his sister, posing as her brother who has been killed by her boyfriend, Stanley Stubbers.

Henshall takes an opportunity to make a few extra bob helping Stubbers as well as Roscoe. To avoid them finding out, he tries to keep his two guvnors apart.

In Richard Bean’s modern re-telling of Carlo Goldini’s The Servant of Two Masters, that is easier said than done. 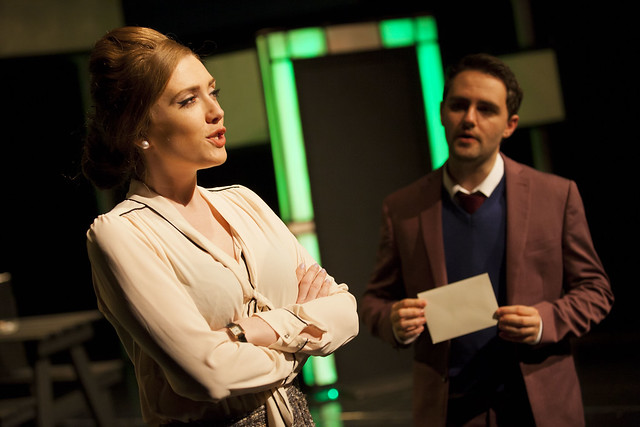 I have seen quite a lot of Sedos productions over the last few years, and their shows are of a consistent excellent quality. They are undoubtedly a collection of extremely talented directors, actors and performers. One Man, Two Guv’nors upheld that high expectation and did not disappoint; the show was of professional standard with even the smallest parts giving consistent high quality performances.

Sedos is an amateur dramatic company, but the acting is easily on par with the professional show I saw previously. In fact, having seen Sedos in action before, it seems they are once again blurring the lines between professional and amateur theatre. In particular, they prove that the quality of a show is determined by those involved – and not whether anyone is getting paid.