The plot thickens... or the thick are plotting

Serial Killers is a full-length play by James Griffin, arguably New Zealand’s most successful television mastermind, and co-creator of two of the most acclaimed New Zealand television series of all time: Outrageous Fortune and The Almighty Johnsons (currently streaming on Netflix).

This cleverly written and wickedly capricious comedy follows a week in the lives of the five writers of Heart of Hearts, a TV medical soap opera (which, for the purposes of our production, will be set in London).

As the play opens, the writers of Heart of Hearts gather at their work desk - aka the "table of pain" - attempting to think up a dramatic and gripping way to be rid of one of the main characters, heart-throb surgeon Dr Robert Gilligan. The character has become boring, ratings are falling and, besides which, the writers find the actor extremely annoying, so it's time for him to depart in a blockbusting storyline!

However, Andrew Lomas, who plays the role of Dr Gilligan, doesn't want to be written out - Heart of Hearts has become his life. Unable to cope with the reality of acting and the myth of the story, he takes action and the soap opera becomes all too real.

Interspersed with the editorial room scenes are scenes from Heart of Hearts itself - acted by the same writers (whose own interpersonal relationships, it becomes apparent, are not what they seem) taking the roles of their soap opera alter egos. As they play out the ever more ludicrous stories of lies, jealousy, lust, betrayal and revenge, it is evident that the lines between art and life are blurred almost beyond recognition. 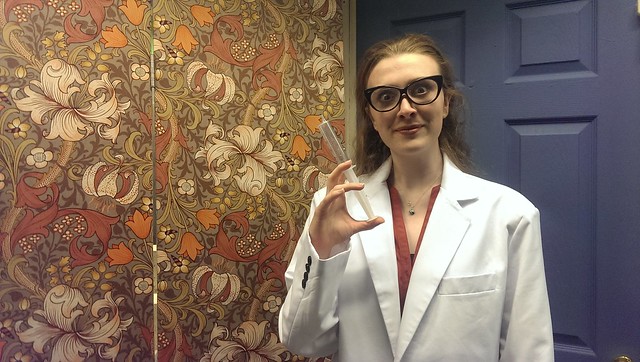