The 80s. Australia. Brownies. There’s probably no badge for this.

Tonight is the annual Parents and Friends evening of the First Cardwell Street Brownies. But when the new District Commissioner arrives to inspect the all-singing, semaphoring, badge-collecting Brownie Troupe, she's not expecting spray cans, a hip flask full of whisky and a mushroom that incorporates a short wave radio.

The audience and front of house volunteers are treated as parents and friends of the Brownies in this comedic, slightly absurd play set in 1980s Australia, where the subversive characters are not what they seem.

As the play progresses the Brownies’ radical secrets unfold in bizarre fashion at a ‘pow-wow’ with a difference.

This all-female cast brings you the UK premiere of this fast-paced show, which combines humour, music, craft and play. 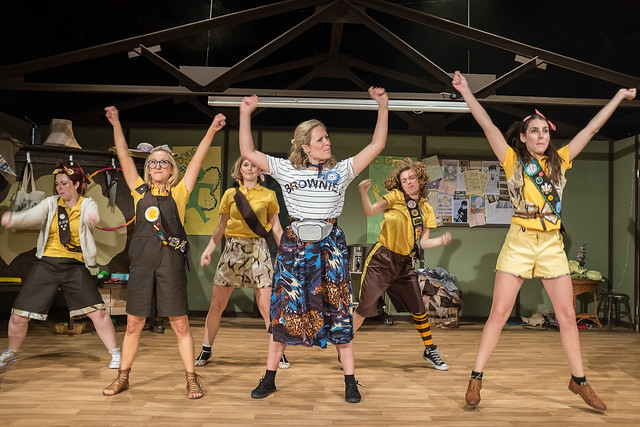