I Love You Because

Book and lyrics by RYAN CUNNINGHAM

It is a truth universally acknowledged, that a single woman in possession of a good fortune, has the capacity to transform and win over a newly single man who has just walked in on his cheating skank of a girlfriend doing the nasty with some guy she met at Hot Yoga.

And while we’re at it, who says that his doped up waster of a brother can’t bag her totally superior hot lady friend who is way out of his freakin’ league? You couldn’t write this shiz. But they ruddy well did.

Lovingly bastardised from the BBC drama Pride & Prejudice (also available on audio book) this is the story of a group of 20-somethings who spend their entire waking existence talking about their own mundane lives.

“I think I’ve seen this one,” I hear you cry. Yes, yes you have. But this time it’s got, like, songs in it and stuff which you’ve probably never heard before but they’re quite catchy... although don’t try to sing along – this ain’t one of those kind of shows!

From the team who have watched every episode of Friends, Seinfeld and How I Met Your Mother, Sedos presents I Love You Because by Joshua Salzman and Ryan Cunningham. 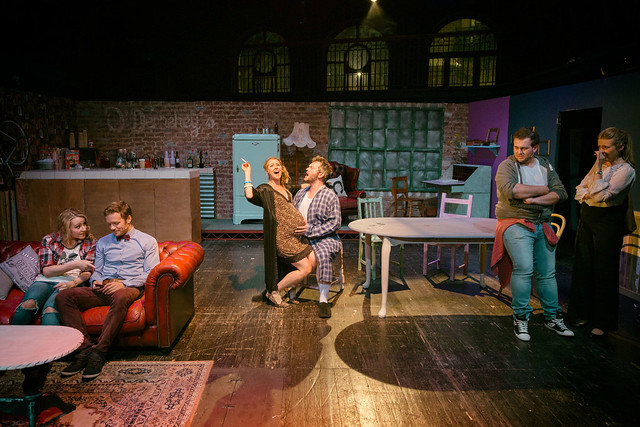