In a version by DAVID HARROWER

Don't blame the mirror if your face is lopsided.

Russia, 1970. Sex crazed, greedy and idiotic, the local government rules over a bleak isolated town with an iron fist. When they receive warning that an incognito government inspector is en route to investigate, panic duly ensues. This dandified stranger demands bribes, flirts with the mayor’s wife and seduces his daughter. Everyone is riled up but relieved when he finally leaves. But then comes a
dismaying letter...

Gogol's biting satire was first published in 1836 but still holds a very tarnished mirror up to our own "greed is good" culture. He presents a world where there is little justice or hope for the underdog. It is perhaps surprising then, that Government Inspector is one of finest comic plays of the 19th century. Gogol believed that his play should educate and entertain simultaneously and the best way to get a message across was through laughter. It is this ethos that we wish to carry out with our production. 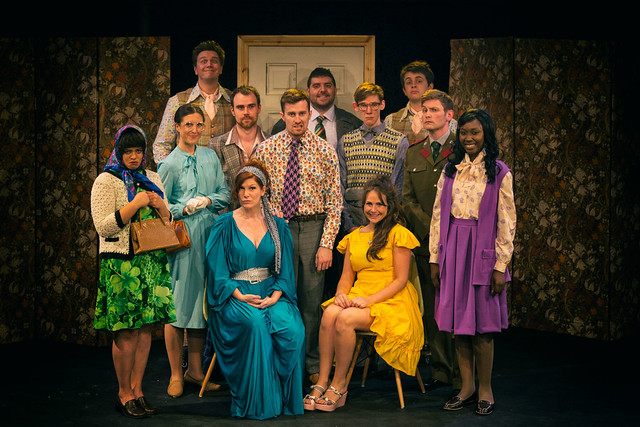