The nineties... It feels - genuinely like the most exciting time to be doing business in the history of the world. There's a feeling that the people who are gonna change things aren't in parliaments or palaces, but in corporate boardrooms all over the United States of America.

One of the most infamous scandals in financial history becomes a theatrical epic. At once a case study and an allegory, the play charts the notorious rise and fall of Enron and its founding partners Ken Lay and Jeffrey Skilling, who became 'the most vilified figure from the financial scandal of the century'.

Mixing classical tragedy with savage comedy, Enron follows a group of flawed men and women in a narrative of greed and loss which reviews the tumultuous 1990s and casts a new light on the financial turmoil in which the world finds itself in 2009. 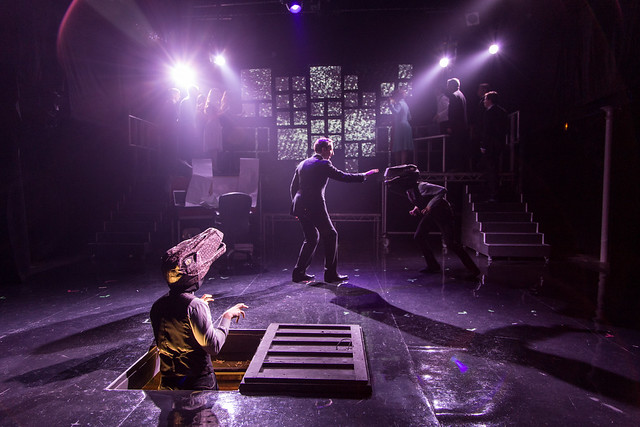