We just keep doing lousy things, I guess. That’s what it is. All this lousy stuff that seems to finally catch up with us. Right?

This provocative collection of one-act plays set within the confines of the front seat investigate the tentative apprehension that surrounds the steering wheel.

Each of these seven vignettes explore the ethos of perception and relationship - from a make-out session gone awry, to a kidnapping thinly disguised as a road trip, a reconnaissance mission involving the rescue of a Nintendo 64 to a daughter's long ride home after her release from rehab.

The result is an unsettling montage that gradually reveals the scabrous force of words left unsaid while illuminating the delicate interplay between intention and morality. The show captures the essence of Middle America and the myriad paths which cross its surface. 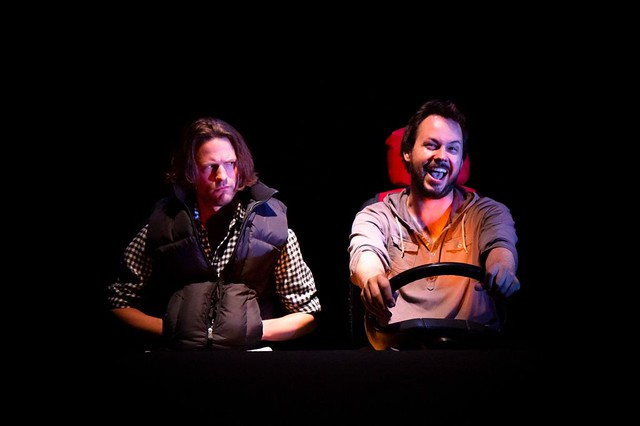 The acting is top-notch, as one expects from Sedos… These are alternately funny and disturbing vignettes, excellently played by a confident and talented cast.

…there are no weak performances… the show is definitely worth seeing. Director Jacqui Adams has produced a show that will linger in people’s minds, and one [that] again confirms Sedos’ status as a company known for putting on provocative drama.