A Man of No Importance

In Dublin in 1964, bus conductor and Oscar Wilde fan Alfie has ambitions to stage Salome, despite the objections of the church hierachy at St Imelda's, where his amateur theatre group is based. When a newcomer to town, Adele, joins his passengers, he realises he has found the right person for the title role and starts to assemble his cast.

Meanwhile Alfie's sister Lily mistakes her brother's interest in Adele as romantic - she longs to have him off her hands so she can be free to marry. Little does Lily realise that Alfie's love "dare not speak its name" and the object of his affections is in fact bus driver Robbie.

As opening night draws near, secrets come spilling out which threaten to shake this little community to its core. But camaraderie and the redeeming power of theatre offer a thread of hope in this story of friendship, forbidden love and finding our place in the world. 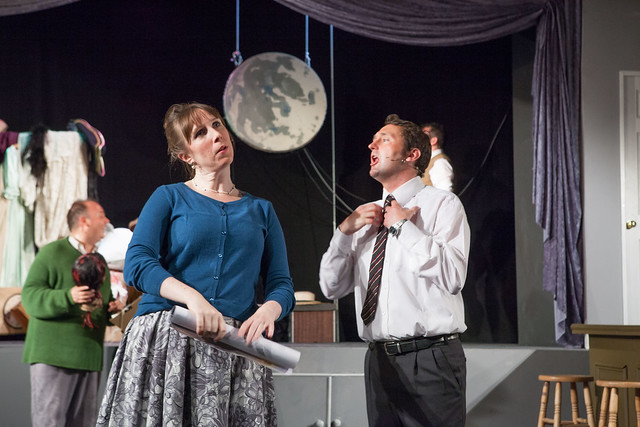 As an example of total theatricality, I think it is very hard to better this show… the whole cast demonstrated a particularly high standard of singing and the accents were accurate (I commend Sedos for seeking help with this often-overlooked aspect) and consistent… in summary this was a very fine production of this very fine musical.

The show is very much an ensemble piece, and it seems invidious to single out single performances, when there really isn’t a weak link in the cast… Congratulations to all involved.