Book and lyrics by STEVEN SATER

Listen to what’s in the heart of a child…

Winner of eight Tony Awards and four Olivier Awards, Spring Awakening is the contemporary musical adaptation of one of literature’s most controversial and frequently banned plays.

Against a backdrop of energetic pop-rock music, we discover a group of adolescents in the midst of the thrilling and mysterious time of their sexual discovery.

In a world where children are told what to do and who to be, Melchior Gabor is fighting back. Challenging status quo, he writes an explicit manual for his best friend – neurotic Moritz Stiefel – unveiling beautiful and forbidden secrets about the opposite sex.

Meanwhile, the inquisitive Wendla Bergman is plagued with questions. Where do babies come from? Why won’t her mother tell her the truth? What do children do which is so wrong they deserve a beating?

One fateful night Melchior and Wendla set in motion a course of events that will leave their friends and elders shocked and changed forever.

Great news for theatregoers who have craved a new musical with attitude, youthful exuberance and a fresh, gutsy sound.

Here it is at last, the answer to one's prayers - a new musical, bursting with ambition and achievement…with the best original pop/rock score since Hair.

Please note: Spring Awakening contains adult themes which may not be suitable for young children. 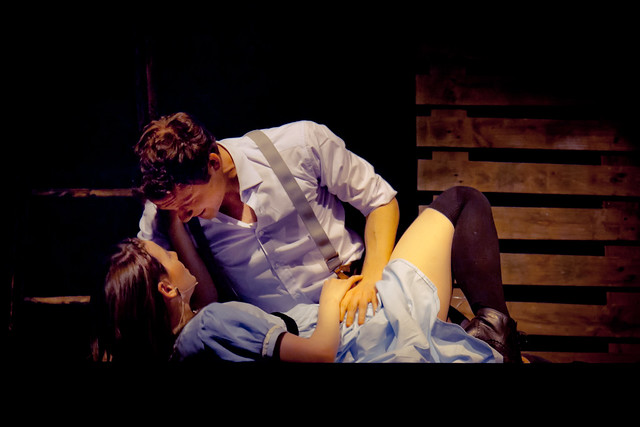 Within thirty seconds it was very obvious that this is no ordinary amateur company. The Sedos production of Spring Awakening was executed in a totally professional manner leaving little doubt that amateur theatre can be every bit as good as professional theatre, and in this case, even better.

If this high standard can be achieved from evening rehearsals from a cast of enthusiasts then I think producers and actors across the profession may need to pull their socks up and take note.

The entire cast were completely and utterly mesmerising; lively, engaging and full of energy. Every single cast member gave a strong all-round performance, but it was the singing that really made this a night to remember, the harmonies absolutely gave me chills… this production of Spring Awakeningis smart, sexy and seriously packs a punch. Don’t miss it.

[Spring Awakening is] performed by Sedos, a well-established amateur company who strive to produce theatre which can stand shoulder to shoulder with professional productions. In that, Spring Awakening succeeds admirably.