House and Garden are two plays written to be performed simultaneously by one cast in two separate auditoriums. One cast – two audiences!

The plays are set in the present day in the country manor house of the Platt Family. The action in House takes place in principal ground floor sitting room, which backs onto the garden of the house. The action in Garden takes place simultaneously in the lower meadow, which is behind the 'formal' garden. All the cast perform in both plays; their characters remain the same throughout!

The two plays are 'standalone' comedies. There is no need to see both, however the audience is encouraged to do so because it is on seeing the second play that the 'full picture' is revealed – and that is where the real magic lies. The plays can be viewed in either order. Unusually for a play, we will be running for two weeks.

Garden
Down in the garden, frenzied preparations are underway for the annual village fête. Will the maypole dancers pull it off? Is there someone sinister lurking in the bushes? And exactly what does go on in the fortune teller's tent?

House
Up at the house, Teddy has dreams of a bright political future as the new local MP. The only thing barring his path, is an urgent need to clean up his private life before the Prime Minister's special envoy arrives...

The matter of the plays is deeply serious; nothing less than modern morality. But Ayckbourn’s treatment is wildly comic

A mind-boggling technical feat... these extraordinary plays do something unparalleled in the history of drama

There are scenes…..that leave you almost helpless with laughter 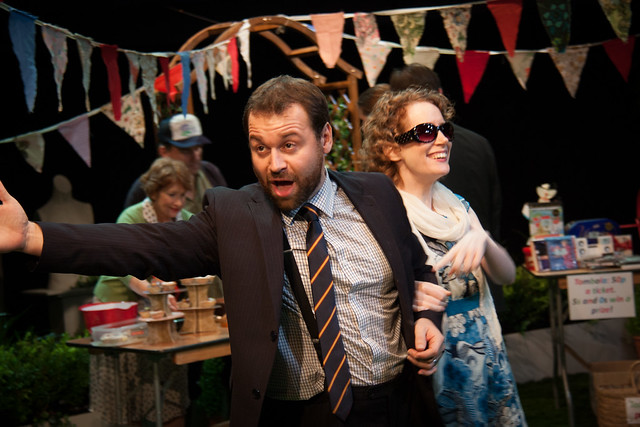