Sedos on tour - London and Edinburgh

This August, Sedos will be returning to the Edinburgh Fringe Festival with a production of As You Like It, a firm favourite among Shakespeare's comedies. This will be Sedos' fifth Edinburgh tour, after the hugely successful double bill of Sexual Peversity in Chicago and Six Degrees of Separation in 2005, Mary Stuart and The Odd Couple in 2007, Don Carlos in 2008 and The Tragedy of the Prince of Denmark in 2010.

Rosalind, the daughter of a banished duke, falls in love with Orlando at a wrestling match, but her usurping uncle, jealous of her popularity, banishes her from court. Disguised as a boy she seeks out her father and his friends in the Forest of Arden. Here she meets Orlando again and, under the guise of a young man, counsels him in the art of love.

Unable to act on their feelings and forced into exile in the Forest of Arden, lovers Rosalind and Orlando become entangled in a beguiling game of love, lust and mistaken identity.

One of Shakespeare's great comedies, As You Like It subverts the traditional rules of romance. Gender roles nature and politics are confused in a play that reflects on how bewildering yet utterly pleasurable life can be. 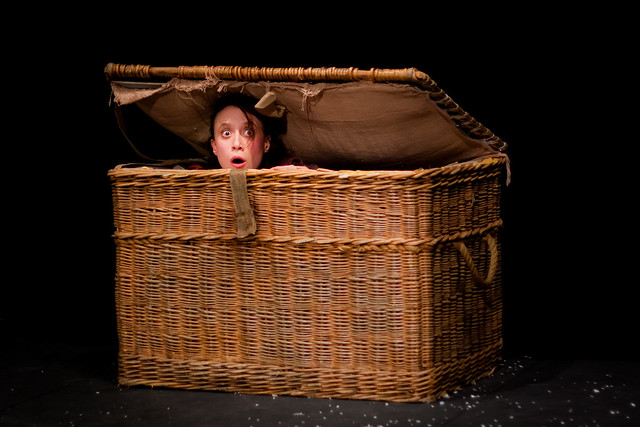 The Stock Exchange Dramatic and Operatic Society excels once again with their innovative and unusual one-hour production of Shakepeare's As You Like… The production has been designed and executed in a truly professional manner demonstrating there is no shortage of highly talented players active in amateur theatre.

Told by those who evidently have a deep set understanding and respect for the text, the story is excellently executed so that not a line is out of place or superfluous to their storytelling cause. The overall design was incredibly creative and brilliantly executed… There are no weak performances from any member of the cast, each an integral link in a strong company… Sedos is so close to being professional it hurts. Outstandingly polished performances, brilliant direction and joy in creating theatrical masterpieces makes these young actors ones to watch.

Sedos’ version of this classic play is silly, sweet, and very witty.