The Last 5 Years is a touching two-person show that follows a man and a woman through the arc of their failed five-year relationship.

Jamie, the man and a writer, moves forward in time from initial infatuation through love, supporting Cathy’s nascent career, their marriage, his personal career success, temptation, infidelity, then his ending the relationship. Cathy, the woman and an actress, moves backwards in time through pain, suspicion and jealousy, feelings of inadequacy due to her failure to realize her career, happiness in a new-found marriage, desire to be her own person, and a very promising beginning of a relationship. Their time-lines only overlap (and immediately diverge) at the “I do” of their marriage.

The musical is through-written in a pop/broadway style, with full, gorgeous orchestration (piano, upright bass, 2 cellos, guitar, violin). It is a showcase piece for both the man and woman, demanding strong acting and powerful vocals.

This show is well-loved in musical theatre because the songs are memorable, powerful, engaging, challenging and fun for the audience and the cast. The theme is universal and the scenes are dramatic without being overwrought. The show is great theatre. 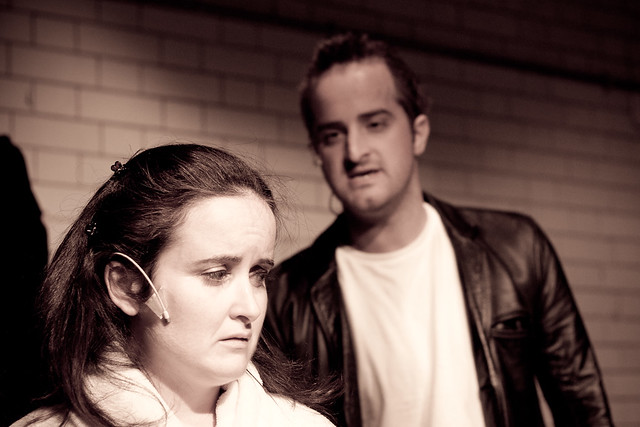