The Importance of Being Earnest

Wilde In The City Tour

“A Trivial Comedy for Serious People”, The Importance of Being Earnest follows the farcical antics of Jack Worthing and Algernon Moncreiff as they attempt to win the hands of Gwendolen Fairfax and Cecily Cardew.

Originally set in Algernon’s London apartments and Jack’s country house, we’ll be setting our modern version in the City and town offices of a family business. There’ll be a few tweaks to the original script to create our modern setting but all the characters and Wilde’s best known lines will remain.

What is the ‘In The City’ Tour?
Each year, since 2005, Sedos has taken a well known Shakespeare play and performed it in venues across the City. Previously we’ve brought The Merchant of Venice, Much Ado About Nothing, Julius Caesar, A Midsummer Night's Dream, The Complete Works of Shakespeare (abridged) and The Taming of the Shrew to life in a modern adaptation. This year we’ve decided to turn our attention to Oscar Wilde and give The Importance of Being Earnest a modern makeover.

Where is it being performed?
We’ll be giving a public performance at the London Stock Exchange but on the other nights we really will be in City offices; auditoriums; big (or small) meeting rooms, cafeterias – we’re not fussy!

That sounds like an interesting challenge…
Absolutely right: every night we have about an hour to set the venue up and get used to the space. For that reason we don’t have huge amounts of set, lights or props – we just make the most of what each venue has to offer. 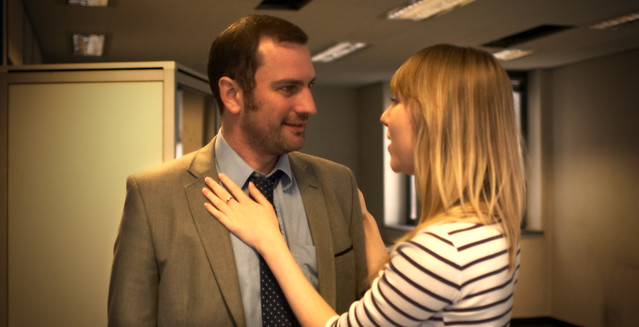