Weekend workshop with a performance at the end

In 1895 Oscar Wilde brought a libel suit against the Marquess of Queensberry for publicly maligning him as a sodomite, thus setting in motion a chain of events which culminated in Wilde's own conviction and imprisonment for gross indecency.

Weaving together original courtroom transcripts with writings by Wilde and his contemporaries, Gross Indecency charts the tragic downfall of the most sophisticated man of Victorian letters at the hands of a society that was itself outwardly elegant and adventurous, yet inwardly deeply repressive and vindictive.

The weekend will begin with a read through on the Friday evening, followed by a day of rehearsals on the Saturday, then further rehearsals in the theatre on Sunday morning, with a script in hand performance on Sunday evening.

It promises to be a hugely fun weekend, where you are guaranteed to feel a real sense of excitement and achievement when the curtain falls. 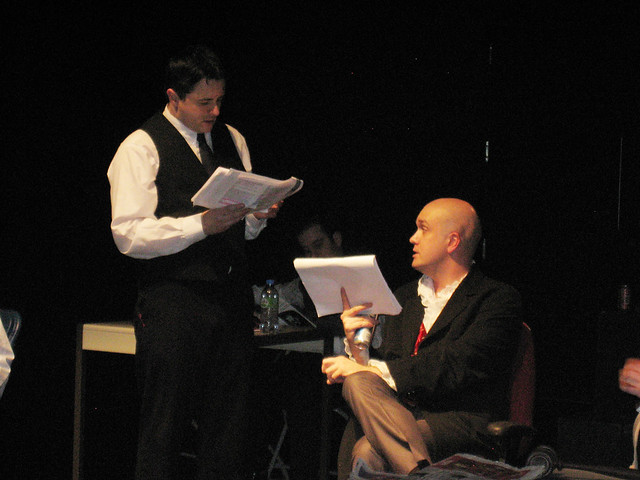