Based on an original idea by Charles Gilbert Jnr.

Based on an original ideal by CHARLES GILBERT JNR.

Come to the Fun House and see the darker side of the American Dream! In the Land of Opportunity any one can achieve their desires. Even a psychopath!

Bold, surreal and sometimes disturbingly funny, Assassins is a one-act historical musical, examining the lives of nine would-be killers, each with one shared aim, to kill the President of the United States.

From John Wilkes Booth to Lee Harvey Oswald, Stephen Sondheim and John Weidman weave together the threads of American history allowing the characters from different moments in time to speak, interact and even inspire each other in the pursuit of their murderous dreams. 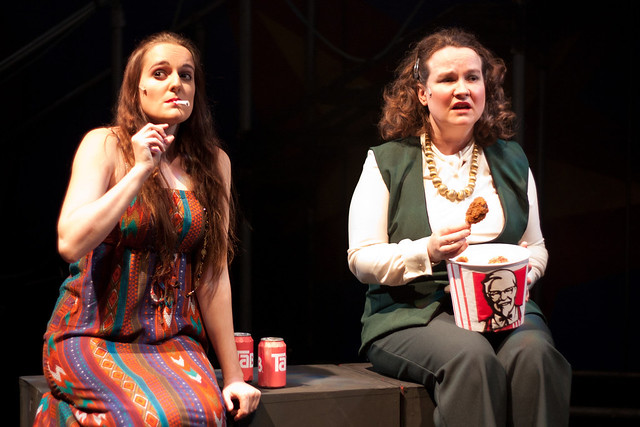 The amateur production I refer to was the very professionally staged version by Sedos… As dry and as sterile as this group may sound (bankers, dancing?), the talent involved was phenomenal… The cast, for one, was perfectly formed… everyone did a fantastic job, all the more incredible when you realise that this was an amateur production…

Sedos’ reputation for bringing high-quality productions to London’s off-West End theatres goes before them and if their production of Assassins is anything to go by, it is a reputation they truly deserve… the accents, excellent vocals and good characterisation were held throughout by each of the lead performers and the ensemble players too…

Assassins is rarely staged well and you be hard pressed to find a better amateur production. Kudos to Sedos!!