Arcadia moves back and forth between 1809 and the present at the elegant estate owned by the Coverly family. The 1809 scenes reveal a household in transition. As the Arcadian landscape is being transformed into picturesque Gothic gardens, complete with a hermitage, thirteen year-old Lady Thomasina and her tutor delve into intellectual and romantic issues. Present day scenes depict the Coverly descendants and two competing scholars who are researching a possible scandal at the estate in 1809 involving Lord Byron.

This brilliant play moves smoothly between the centuries and explores the nature of truth and time, the difference between classical and romantic temperaments, and the disruptive influence of sex on our life orbits, "the attraction Newton left out".

In an interview with Playbill magazine, Stoppard spoke of his inspiration for Arcadia. "I began to think about a room in which things happened 180 years apart but the room would stay just the same," he said. "I had a sense that what would make the play would be if the audience was in the know when the modern characters were trying to figure out what happened a century earlier."

Arcadia was the winner of the 1995 New York Drama Critics' Circle Award for Best Play and the 1994 Olivier Award.

Tom Stoppard's richest, most ravishing comedy to date, a play of wit, intellect, language, brio and, new for him, emotion.

I have never left a play more convinced that I had just witnessed a masterpiece.

…perhaps the greatest play of [the late 20th Century] 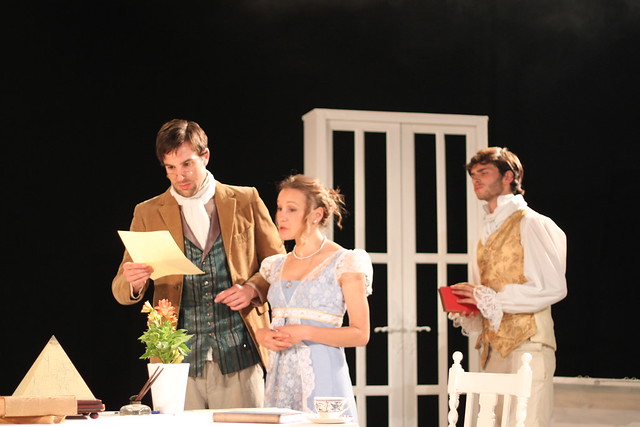