Music and lyrics by STEPHEN SONDHEIM

An achingly beautiful musical about love, memory and midsummer magic

From the team who brought you Sedos’s acclaimed productions of Sweeney Todd and Kiss of the Spider Woman: the Musical comes this achingly beautiful musical about love, memory and midsummer magic.

In turn of the century Sweden, lawyer Fredrik Egerman is married to 18-year-old Anne, who, although they have been married almost a year, is still a virgin. As a treat for her, he buys tickets to see the actress Desirée Armfeldt (an old flame) in a play. Later that night, in Desirée’s digs, the romance is rekindled.

But Desirée has been having an affair with a jealous, military man, Count Carl-Magnus Malcolm, husband to the long-suffering Charlotte. And Fredrik’s son, Henrik, is in love with his stepmother Anne. What happens when they all converge at the grand estate of Desirée’s mother, Madame Armfeldt, for a weekend in the country?

Humorous and heart breaking, A Little Night Music is a glorious waltz through the tangled web of romance as everybody searches for their perfect match. 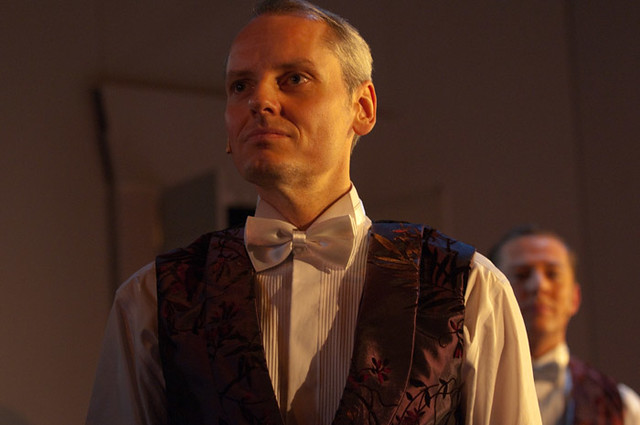 [Sedos] should be credited as one of the premier [amateur] companies in the country, as their track record for staging professional-standard shows proves… it was a genius stroke by co-directors Roger Harwood and Dawn Harrison-Wallace to stage the entire show as a flashback… the casting was difficult to fault… [the cast] all did a great job of bringing the show to life… top marks must go to the costume team for their fantastic work… [musical director] David Griffiths and his musicians gave a performance grander than many of those you'd hear in West End theatres… Congratulations again to Sedos for another great production…