The Taming Of The Shrew

Shakespeare In The City tour

Petruchio vows to woo Kate both for her dowry and for the challenge of overcoming her fearsome reputation. Hortensio and Lucentio gain access to Bianca by disguising themselves as tutors, while Lucentio's servant Tranio plays the role of his master.

Petruchio marries Kate – turning up late wearing the most unsuitable clothes imaginable – and takes her off to his country house, where he 'tames' her through various forms of deprivation.

Tranio persuades a travelling schoolteacher to pretend to be Lucentio's father Vincentio in order to give assurance of Lucentio's financial means; there is confusion when the real Vincentio turns up, but the love-match between Lucentio and Bianca is happily settled. Hortensio marries a wealthy widow and Petruchio and Kate return to reveal that she is a changed woman.

Simple really. We’ve given the play a healthy trim and a modern setting so now it all fits into an hour too.

What is ‘Shakespeare in the City’?
Each year, since 2005, sedos has taken a well known Shakespeare play and performed it in venues across the city. Previously we have brought The Merchant of Venice, A Midsummer Night's Dream, Much Ado About Nothing and Julius Caesar to life in a modern adaptation. Last year we decided to do them all in one night with The Complete Works of William Shakespeare (abridged).

Where is it being performed?
We’ll be giving a public performance at the London Stock Exchange and Sainsbury's Head Office in Holborn, but on the other nights we really will be in people’s offices; auditoriums; big (or small) meeting rooms, cafeterias – we’re not fussy!

That sounds like an interesting challenge…
Absolutely right! Every night we have less than an hour to set the venue up and get used to the space. For that reason we don’t have huge amounts of sets, lights, costumes or props – we just make the most of what each venue has to offer. 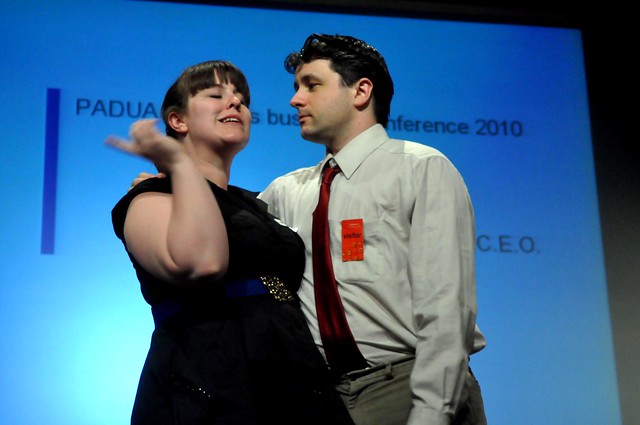