BY MOISES KAUFMAN and members of the TECTONIC THEATRE PROJECT

Weekend workshop culminating in a performance

The Laramie Project traces the effects a brutal homophobic murder has on a small American Mid-West town, from the immediate aftermath of the crime, to conclusion of the murder trial. It examines how a town comes to terms with worldwide media attention that challenges the values they believed were the cornerstone of their community.

Over 200 interviews were recorded with the Laramie town folk over 18 months. The interviews were edited and brought together to form the play, first performed in 2000. Originally the 63 characters were played by just 8 actors, but through the use of residents own dialogue the town of Laramie comes to life.

It is an emotional journey viewed from many different perspectives, giving actors a fantastic chance to stretch their abilities. 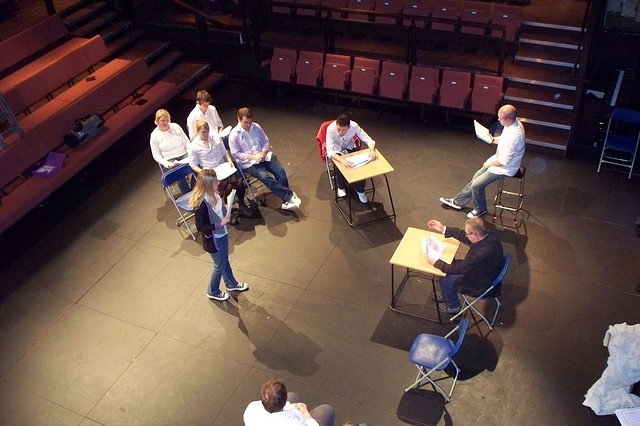