Taking Steps is a farce by popular English dramatist Alan Ayckbourn. It starts with a 'Dear John' letter that falls into the wrong hands, progresses through a romance with a ghost and a girl locked in a cupboard with a gurgling water tank, and involves the challenge of putting a three-storey house into the Bridewell Theatre.

When a 'Dear John' letter falls into the wrong hands and one of the main players gets locked in a cupboard for the night, no one’s taking quite the steps they intended. 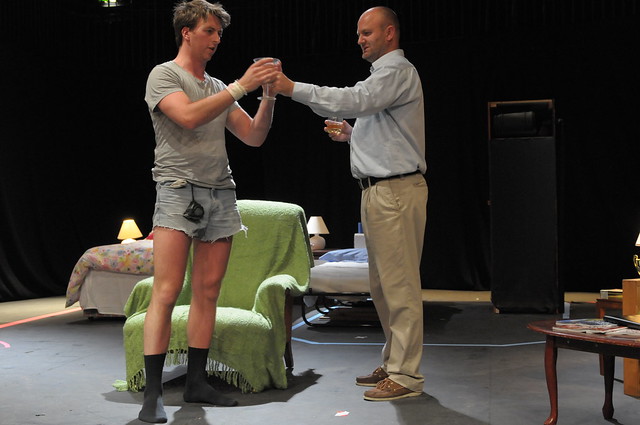