Kiss of the Spider Woman: the Musical

From the team that brought you Sedos’s highly acclaimed production of Sweeney Todd comes Kiss of the Spider Woman: The Musical, the multiple Tony Award winning show by Kander and Ebb (Cabaret, Chicago) and Terrence McNally (Ragtime, The Full Monty) based on Manuel Puig’s groundbreaking novel.

A powerful multi-dimensional story which explores the complex relationship between two very different men forced to share an Argentinean prison cell in the 1970’s: Molina, a gay window dresser and Valentin, a Marxist revolutionary.

Molina escapes the horrors of prison life by recalling his favourite movie sequences, all featuring his screen goddess, Aurora. But there is one role she plays that terrifies him - the Spider Woman, whose kiss brings death. She continually stalks the prison in Molina’s psyche, weaving her web ever closer.

Gradually Valentin is drawn into Molina’s movie world and out of this most unlikely of pairings, something extraordinary happens… 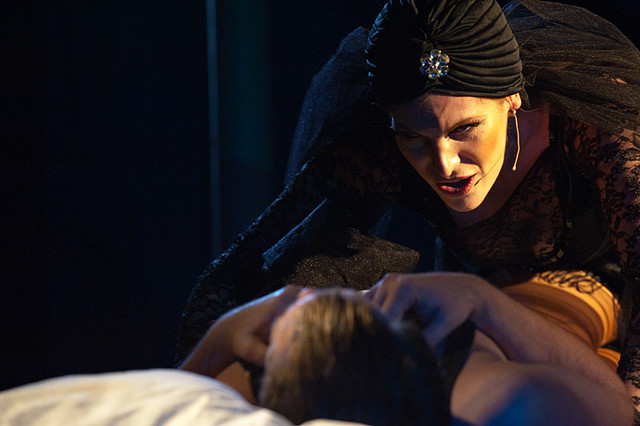 Sedos is generally, and I would say correctly, regarded as the best amateur theatre company in London… And so I had high expectations of the opening night… In short, it's fantastic… kudos to Sedos for an unconventional selection which has been pulled off in (their now trademark) style…