Turn up, tune in and drop out with the Drop City Tribe

In June 2010 Sedos brings peace, love and understanding to the Bridewell with a new production of Hair. From 1967 to today, Hair has brought joy to theatres across the world with songs including 'Aquarius', 'I Got Life', 'Hair', 'Frank Mills', 'Good Morning Starshine' and 'Let The Sun Shine In'.

Hair broke the mould in the 60s – the rock-musical phenomenon had arrived. Rejecting the conventions of traditional musicals, Hair gave a theatrical voice to important issues of the time – racism, sexuality, drugs and Vietnam. Hair became a beacon of hope to a disaffected generation and has continued to inspire audiences ever since.

With war and political unrest rampant a revival of Hair couldn’t be more apt. Hair is a reaction to youth wanting answers to hidden secrets in power. Given the revelations over the past year regarding MP’s expenses, lies and the lack of answers regarding the wars in Iraq and Afghanistan - it is the time to make an artistic response.

Turn up, tune in and drop out with the Drop City Tribe. Recharge your cosmic battery and join the Be-In at the Bridewell. 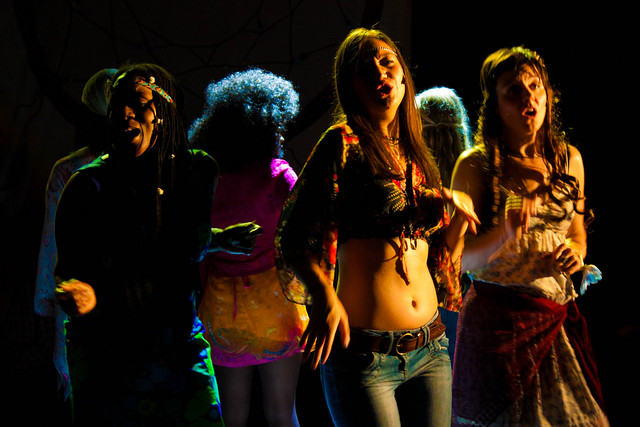