From the Dogme film by THOMAS VINTERBERG, MOGENS RUKOV and BO HR. HANSEN

Family and friends gather to celebrate Helge's 60th birthday. Rocked by the recent death of his twin sister Linda, Christian, the eldest son, raises the first toast. His shocking exposure of a dark family secret deals a staggering blow to their middle-class veneer of respectability, tolerance and discretion.

Like a Greek tragedy, no character is left unaffected, no reaction predictable; all that is left is the very human response to an unspeakable crime.

David Eldridge's adaptation of Danish director Thomas Vinterberg's 1998 film, which premiered at the Almeida … has happily lost little of its power to shock and enthral 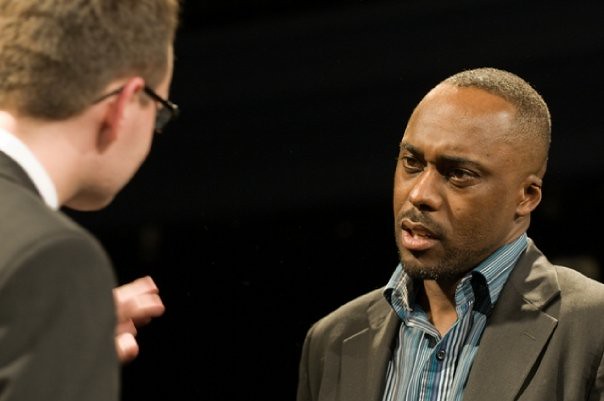 The brilliance of Festen is that it completely undercuts and exposes our dependency on social niceties.... The success of Anne-Marie Leigh’s production of Festen at the Bridewell owes much to the simple elegance of Bronia Kupczyk’s set design. As Christian, Panny Skrivanos is a tall, brooding figure, though not an unkind one. He is...well-matched by Craig Karpel as Helge, a small, wiry man with a big smile and enormous charisma. The scene in which he calmly lists his son’s childhood crimes and history of mental instability is chilling both in its blitheness and the utter sincerity of Karpel’s delivery.