A musical revue with an original edge

Taking inspiration from the imagery and sensuality of Bob Fosse’s styling, Red Hot & Black is a musical revue with an original edge. No plot just songs! Keeping with this genre, the production will comprise songs from some of the most well-known films and musicals from the past 50 years (and also some lesser-known but just as enthralling ones) interspersed with some iconic pop.

Red Hot & Black will be a vibrant and modern production to challenge anything else on the London Fringe. Seductive, sensual and sexily dressed all in black, with a classy but modern twist.

The show features 30 different numbers from Film (Can Can Can, Your Song) to Musical Theatre (All that Jazz, People Magazine, Songs For a New World) to Pop (Red Blooded Woman, Just a Little Bit, Kissing a Fool) the show is a little bit Red, a little bit Black, but very, very hot!

For a special treat, there will be an exclusive Friday Late performance on 11th April at 10pm. This gala performance will feature some extra special guests, including a specially commissioned Burlesque dance by guest star Scarlet Honeyblush. The night will also feature a late bar and a free Red Hot and Black cocktail. 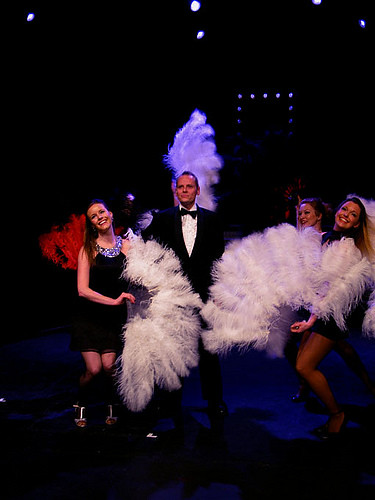